Vitamin D plays a significant part in regulating the absorption of phosphorus and calcium. It also assists in keeping the immune system and brain functioning. Experts have now found that dynapenia risk in older individuals is reduced by 78% with supplementation of vitamin D.

Dynapenia is muscle strength loss associated with age. It can be partly attributed to muscle atrophy and is a significant physical incapacity risk factor in later years. Individuals with dynapenia are more prone to falling, hospital visits, premature institutionalization, and death.

Data were analyzed for 3,205 people without dynapenia aged 50 and older who were observed for 4 years in a long-term study known as the English Longitudinal Study of Ageing.

Vitamin D is essentially a hormone known to be involved in various functions and its numerous roles include helping with muscle repair and calcium release for kinetic muscle contraction. So it was expected to result in muscle changes of some kind, which is precisely what the study demonstrated.

Muscle and bone tissue are also interconnected biochemically and not just physically and mechanically. Endocrine disorders like vitamin D insufficiency or deficiency can result in bone mineral density loss and also a decrease in muscle mass, function, and strength.

The study participants consisted of dynapenia-free men and women aged 50 and older. Grip strength, which is regarded as a good overall muscle strength proxy, was 16 kg and over for women and 26 kg and over for men.

This is a significant result as it indicates that a deficiency in vitamin D increases muscle weakness risk by 70%. But, because it’s known there are many cases of individuals with osteoporosis taking vitamin supplements, it was necessary to measure the efficacy of supplementing with vitamin D.

The study analyzed data for individuals who are living in the UK and although there are many more days of sunlight in Brazil each year, they are known to have a high incidence of vitamin D insufficiency and deficiency, particularly among older individuals, and this is the case throughout the world. 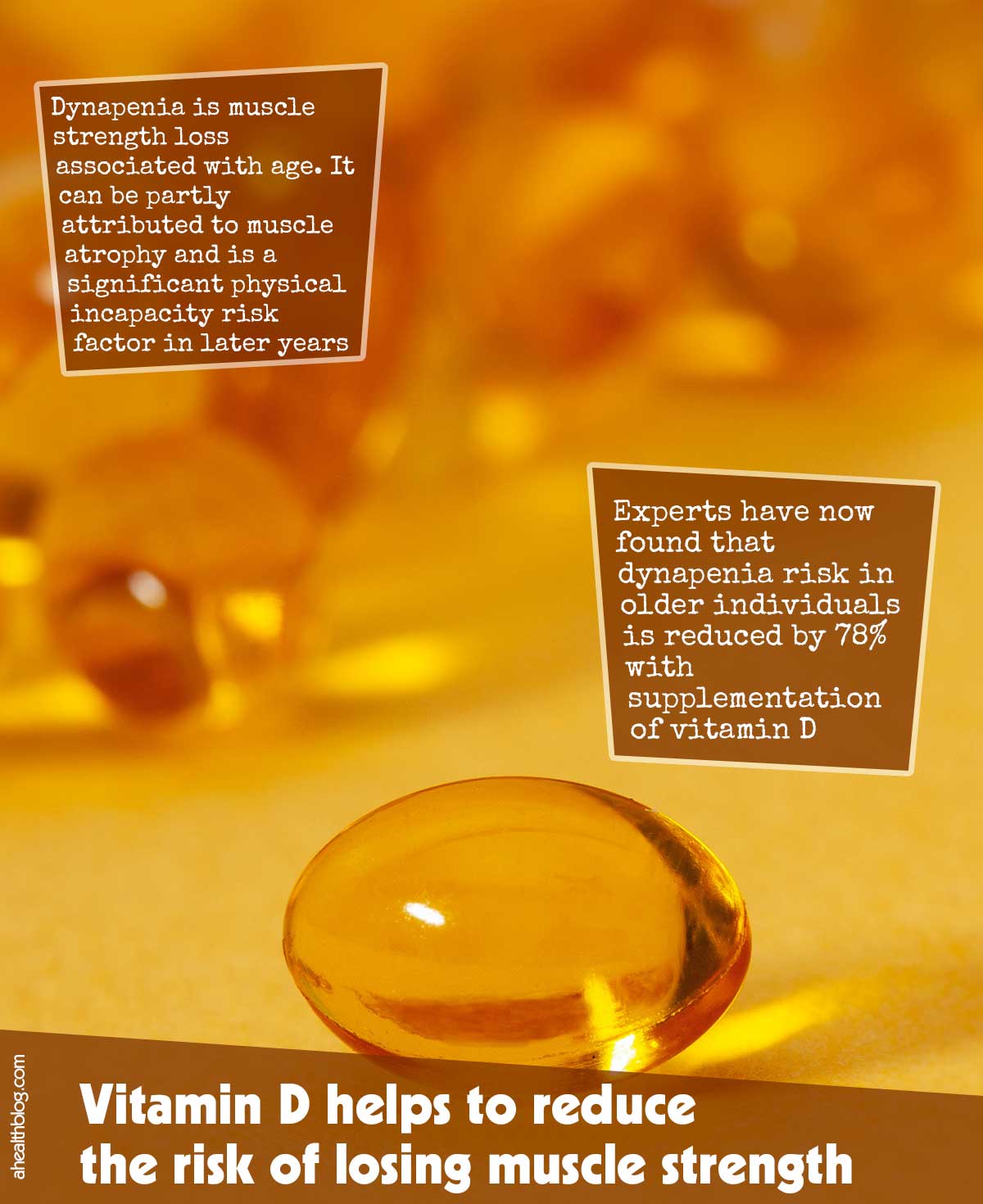 Photo by Michele Blackwell on Unsplash