The gut barrier function is directly disrupted by the dye which increases serotonin production, a neurotransmitter/hormone found in the gut, which then changes the composition of gut microbiota resulting in greater susceptibility to colitis.

According to the researchers, Allura Red, also known as Food Red 17 and FD&C Red 40, is a commonly used ingredient in some cereals, dairy products, soft drinks, and candies. The dye is used for adding texture and color to foodstuffs, often for attracting children.

The use of synthetic food dyes like Allura Red has significantly increased during the last few decades, but there’s been little prior research on the effects these dyes have on gut health

This study shows that Allura Red has significant harmful effects on gut health and gut serotonin is identified as an important mediating factor. These results have important implications for managing and preventing gut inflammation.

Inflammatory bowel diseases are serious chronic inflammatory bowel disorders that impact many individuals around the world. While their exact causes aren’t fully understood, research has revealed that environmental factors, imbalances of gut microbiota, genetic factors, and dysregulated immune responses can trigger these diseases.

According to the researchers, there’s been considerable progress in understanding the role of host microbiota and the immune system in inflammatory bowel disease pathogenesis in recent years. Similar advances in defining environmental risk factors have however lagged. 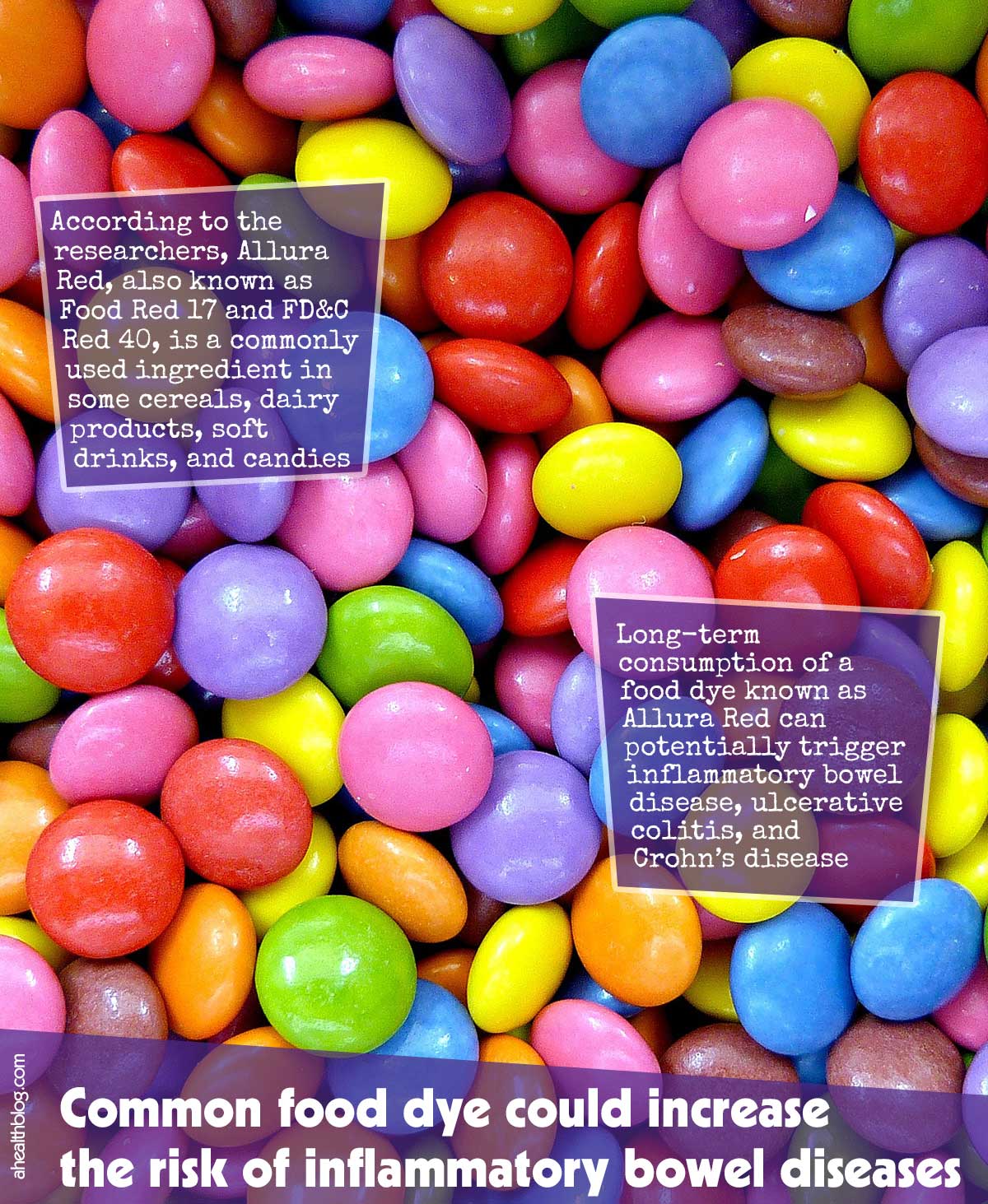 Image by Hans Schwarzkopf from Pixabay